J.C. Penney can be added to the list of retailers closing some of its stores. Many consumers have shifted their focus to online shopping which has lowered the number of sales in many brick and mortar stores.

Recently, however, the 114-year-old retail veteran company says that about 140 of its 1,000 stores will be closing sometime around June. On Friday, a J.C. Penney executive said that in order to focus more on the stronger stores that bring in better profit, the company would cut weaker locations. The company also will offer a buyout to the nearly 6,000 employees of those 140 stores.

J.C. Penney adds its name to the bottom of a long list of long time retailers who have recently closed a great number of stores. Some of them even closing all stores for good. Sears and Kmart not only took out a rather large loan to keep themselves afloat but announced the closing of 108 Kmart stores and 42 Sears locations.

The Limited closed their doors for good after years of service to dedicated customers. Macy also had a round of closings. One hundred of its locations closed, and the company says it is exploring the options for what real estate is left.

These retailers admit to losing major sales during the holiday due to online retailers like Amazon who snag consumers with their easy shopping methods and fast shipping.

Yet the news hasn’t been all bad. Company’s like TJX who owns discount retailers like TJ Maxx and Marshall’s all over the U.S. and Canada said they plan to open at least 1,400 more stores. TJX also says it has plans to go international spanning out through Europe and Australia.

J.C. Penney chief executive Marvin Ellison says that the closings will help the company “effectively compete against the growing threat of online retailers.” J.C. Penney has online ordering and in store pick up that will be used to its full extent at the remaining locations. In fact, it’s reported that 77 percent of J.C. Penney’s online orders went through a physical store for pick up in 2016.

Ellion is a former Home Depot executive who took over J.C. Penney back in 2015. Since then he has done his best to give the company a turnaround. This is shown as the company has tried to let go of its reliance on apparel sales by adding Sephora to its locations. J.C. Penney has also added more appliances throughout its stores to increase the sale of items used in the home. All these actions are to reverse the failed overhaul brought on by the former CEO Ron Johnson. Johnson’s attempt to make the company hip caused an upend in pricing. 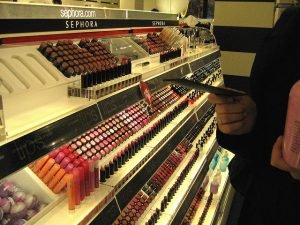 Yet even though retailers did see a surprisingly big number of sales in 2016, online retailers snagged most of the large numbers. Consumer spending online rose by an estimated 11 percent while department stores saw a drop in that number by 6 percent.

Many believe that these closing are a good thing for J.C. Penney. While it will hurt the number incoming customers that will turn to the store as an alternative for the closing Sears and Macy locations, most analysts believe that this was a much-needed move for the company.

However, in the market, shares of J.C. Penney fell by 9 percent to $6.25, making this a 25 percent drop for the whole year. The market capital for the company is also at $2 billion which is lower than the $12.55 billion it reported last fiscal year and only makes a $1 million gain for the company.

Despite J.C. Penney joining the closing list, its rival Kohl’s says it has no future plans to close any of its 1,150 stores. Instead, the company’s CEO Kevin Mensell plans to lower the chain’s inventory as well as remodel locations. The company will also relocate some of the weaker stores to smaller areas.

While some stores will soon be disappearing from malls all over the country, others are still holding on. While L Brands Inc. who owns company’s like Bath and Body Works and Victoria’s Secret, say it expects sales to fall by 25 percent, both companies have managed to avoid mass closings.

Even CEO of Gap Inc., Art Peck, made a statement regarding store closings saying, “If you read the headlines today, you’ll see the words dead, dying, sick. We are none of those. We are healthy and strong and have a plan and clear direction.”