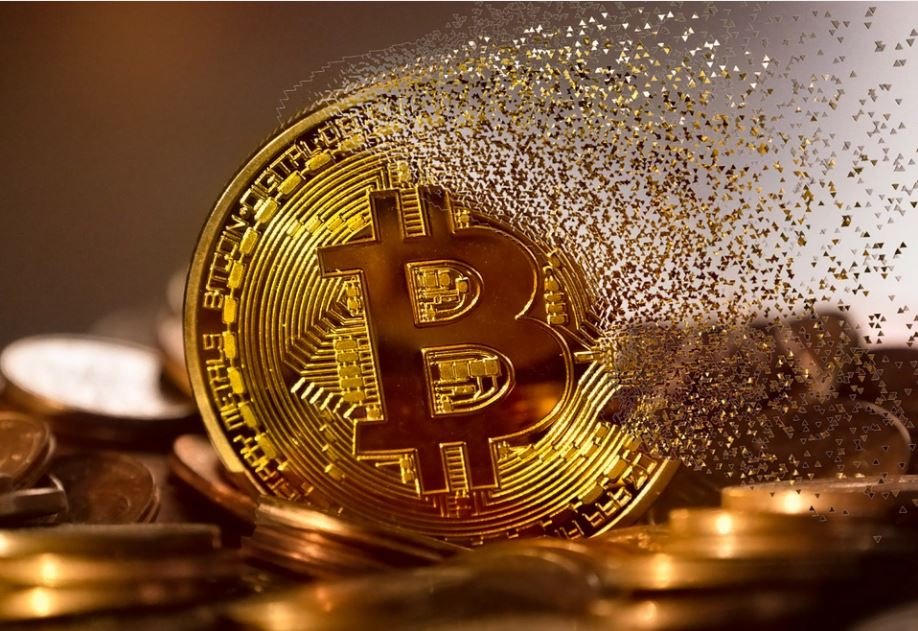 bitcoin risks-Image from pixabay by mohamed_hassan

Bitcoin is the most popular used model of cryptocurrency across the world. The bitcoin business has been booming as millions of people yearn to invest more in digital currency.

Bitcoin investors are very worried about the future. The volatility of the digital wallet is giving them a headache. Daily, your portfolio keeps on changing because of the fluctuation of bitcoin. You must be active and updated about the risks involved. As we move into 2022, here are the biggest bitcoin risk that faces the crypto industry:

The swings and fluctuations in the market are another trauma. It is one of the biggest bitcoin risks. Almost all crypto coins fluctuate depending on the power of purchase and selling. For example, single crypto was $64,829 six months ago. The issue of debut in Coinbase brought some destruction. It dropped to $28,911 in late July. But it has gained momentum, and during the third quarter, it was $34000.

Bitcoin investors are now concluding the matter like the “digital gold” era. They referred to it as something that could cause a loss when the market stumbles. Volatility can bring both positive and negative results. And every investor is always happy when the prices shoot high.

Since the year started, the S&P 500 index performance has been 16%. If one could trade during the first quarter and cash out before April, then the returns were positive. Here was a rise of 18%. The low supply of cryptocurrency causes a worsening in volatility. When there are extraordinary prices, it means high demand for digital currencies. At this point, buyers are always at the forefront, seeking some gains.

Also, the big players in the game, popular bitcoin investors who surrendered the market, led the fluctuation. As a result, we have many companies that have pulled out. But the advantage is that other companies like Tesla are filling those gaps.
The chief finance of DeversiFi, Ross Middleton, admitted that volatility is not the only barrier to large organization adoption. Some investors have just decided to pave the way for others and try different businesses.

He went ahead, “This can actually be a significant draw as the potential for large price movements. Such means that funds can make significant profits with a relatively small allocation compared to the size of their overall portfolio,”
The rate of fluctuation between $30K and $40K is normal. People should set their minds in that range. Very soon, more capital will flow into the business, and the market will gain momentum. It’s a matter of time.

China, the U.K., and the U.S. are among the biggest influencers in controlling the stock market. They are the top super-power countries. In the middle of 2021, China closed down crypto mining operations in various branches. The minister of finance asked the major national banks to shut down their connection with the crypto companies. Furthermore, Alipay and other fintech companies also cut their ties with bitcoin.

A recent bill signed by Joe Biden’s office has served as a warning to bitcoin investors. The U.S. will control some parts of bitcoin. This has led to fear among U.S. investors as it is a big bitcoin risk.

The crypto crackdown went viral in the United Kingdom. As a result, regulators banned the leading crypto exchange ‘Binance’ from any regulated activities. Bitcoin investors in the U.K. complained about this issue, but the central government always decided.

The co-founder and CEO at SormX, Simon Yu, spoke to CNBC about the China rule. He proceeded that such regulations were a positive thing for cryptocurrencies like bitcoin and Ethereum to become decentralized. But he also expressed worries because of the over-regulation of the cryptocurrency industry in the U.S.

Yu said the U.S. has many departments regulating bitcoin systems. But, he continued,” is crypto security? A commodity? A property?”. The U.S. is still on a plan to find the best way to regulate bitcoin trading. But the decisions are tight because no department wants to be left out. It’s so challenging.

Some top names, like Janet Yellen, a U.S. Treasury secretary, were warned against using illicit transactions in cryptocurrencies. Even many other officials are on the same list. The former U.S. President, Donald Trump, almost signed a bill where investors transacting above $3000 would be inspected. This was becoming a strange anti-money laundering as people complained about their privacy.

All nations are facing the issue of growing scrutiny. Erick Rosengren of the Federal Reserve Bank of Boston admitted that even a stable crypto-like tether was at risk. There is no stable coin when it comes to cryptocurrencies. U.S. dollars and Tether have been sharing a 1:1 token. The tether founders thought that it would help to have a common currency. Many investors will prefer buying tether over the greenback. Others investor has shown their worries and concerns over the dollar peg.

The tether company faced some issues in May and was almost closing down. They announced that 76% of the amount as cash and its equivalents. But in a real sense, only $4 of the actual money was in cash while the 65% was in commercial papers. This acted as short-term debt.

Today, Tether operates like a traditional money market. There is no regulation on this cryptocurrency. It operates with about $60 billion in money circulation around the world. Deposits super pass U.S. banks. Some bitcoin investors have complained that Tether is manipulating bitcoin prices. The token is used in propping bitcoin prices. They also said the worst fluctuation that occurred in 2017 was due to tether digital currency.

A finance professor at Sussex University said that Tether is one of the major problems. Regulators have no chance of stopping it. If many people want to have their trading accounts, Tether becomes the best option. This serves well in the United States.

The environment department has come out to question the bitcoin industry about its impact on the world. This is another trap for cryptocurrency.

Mining bitcoins demands one to use a lot of power supply. The electricity price has risen because of bitcoin trading. Although Elon Musk has invested in cryptocurrency, he still fights for the environment. He criticized Bitcoin mining activities because of their large carbon footprint, which results in environmental pollution.

Elon Musk decided to invest almost $1.5 billion of Tesla in digital currency, a report by Bloomberg. His company accepts any mode of payment, including bitcoin. But they have always complained about the amount of electricity spent on mining the coins. At some point, he almost cut off the trading because of the insane energy used. Tesla mostly relies on fossil fuels.

As a top CEO, you care about the effect of the company on the environment. Many tycoons in the world are looking for better ways to save climate change. So, there is a need to observe ethical-conscious. A Chinese researcher and analyst at Citi wrote about it on their website. “At the very least it may deter some investors from holding Bitcoin, spur government intervention to ban mining, as seen in parts of China.”

The rumors and speculations in the market cause other unexpected bitcoin risks. Many other cryptocurrencies are coming up as a joke. Dogecoin started some years ago but is gaining popularity in 2020. Retail investors have jumped into new digital assets.

Celebrities like Elon Musk supported Dogecoin when it was a startup. It has been making an effort to remain at the top and offer a challenge to bitcoin investors. But after the pandemic, its value has dropped significantly.

Mark Cuban, one of the self-made billionaires, was a holder of decentralized finance. The token was commonly referred to as a crashed zero.

StomX’s CEO said that scamming is another wave that has led to major doubts for bitcoin investors. There has been a variety of meme coins going viral every month. Some people end up pumping their money, thinking that it will gain popularity. This has led to the banning of some investors.

Banning retail investors means the government jumping into the matter to secure its citizens. If the regulations are tight, the whole industry will get a negative result. This happened back in 2018 when the Initial Coin Offering got itself into the scandal. It’s always a tough decision.

Bitcoin investors should be aware that the emergency of new crypto forms could lead to an increase in profit margins. A wider knowledge is required when making long-term or short-term decisions. One needs to be smart and diversify the investment plans. If you don’t want to face a strong fluctuation wave, the Tether can serve you better. But bitcoin has always been the top crypto employed by many people in the world.