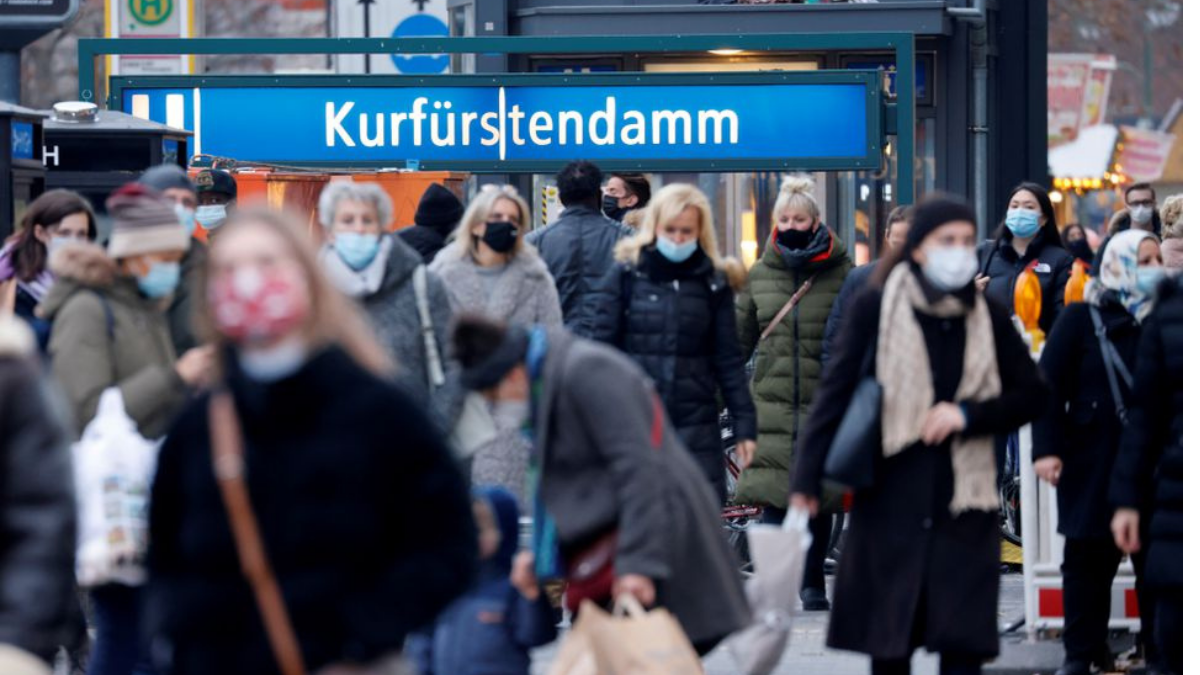 The sector body said that a surge in coronavirus cases in Germany has led to a disappointing start to the Christmas season for retailers in Europe’s biggest economy.

A survey by the HDE retail association showed that only 20% of 350 companies asked were satisfied with Christmas sales so far. November and December are normally the strongest months of the year for retailers.

“However, the consequences of the dramatic worsening of the coronavirus crisis have hit the retail trade in the past week,” he added.

Controls in shops, such as checks of vaccination certificates, were putting customers off, said Genth, adding he wanted fewer restrictions in shops as masks and air filters were effective.

Earlier this month, the HDE said it expected Christmas sales to rise 2% to 111.7 billion euros from last year. read more

According to the Robert Koch Institute for infectious diseases, Germany is struggling to contain a fourth wave of the coronavirus, with 44,401 new cases registered on Sunday.

Two confirmed cases of the Omicron variant have been detected in southern Germany, and more than 100,000 people have died with COVID-19 since the pandemic in Germany.

One store owner in the mall is dreading the possible reintroduction of lockdown restrictions, which ravaged her business last year.

“When the first coronavirus lockdown hit us in 2020, we suffered badly,” the boss of a Herzog & Bräuer lingerie store told DW. “The thing is that we really never fully recovered when it was over, the reason being that so many more people realized how convenient it is to shop online; so many just never returned to our brick-and-mortar shops.”

In early November, the German Retail Association appeared confident that retail sales across Europe’s economic powerhouse would increase by 2% in November to December, compared with the same two months last year. As a result, the industry predicted revenues would most likely come in at €112 billion ($126 billion) for those two months.

Based on the results of a recent poll, the association also said Germans would spend an average of €273 this year on Christmas presents, slightly up from last year’s spending figures.

Only two weeks on, those forecasts are no longer worth the paper they’re written on. A dramatic rise in COVID-19 infections across Germany has led to renewed restrictions which have already begun to pinch retailers in some states.