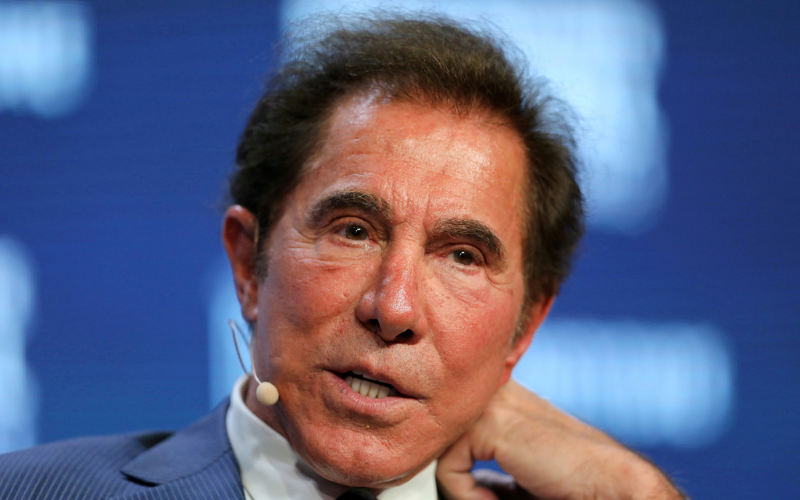 Steve Wynn is no stranger to the gaming industry. He established his own casino empire and helped create the American Gaming Association in 1994.

Wynn is currently the CEO of Wynn Resorts, which was founded by him and is now one of the biggest names in the business, with seven casinos worldwide. However, his next project is not set to be just another resort for gamblers but a whole city that will contain an integrated resort, three golf courses, residential housing, schools, and much more. He expects it all to open its doors towards 2020’s end.

The Early Life of Steve Wynn

Steve Wynn was born in 1942 in New Haven, Connecticut. He is the son of a bingo parlor operator and, as he put it, “grew up in the industry.” Wynn’s first casino job was actually as a dealer in Las Vegas at the age of 18.

Steve Wynn schooled at Manlius   Military Academy for high school and then joined the University of Pennsylvania, where he studied English literature. He later dropped out, but during his time in college, Wynn did try his hand at a few jobs in different fields.

In 1963 Steve Wynn was employed as a trainee in the bingo parlor operated by his father in Law Vegas. He worked at this job until 1967 when he moved to Las Vegas and set up his bingo operation with backing from New York investors. In 1970 Wynn sold all his shares in the business and bought a major share in another casino called Golden Nugget which he later changed into The Mirage that is well known even today not only because of Wynn’s involvement but also because of the fact that it was one of the first casinos to be built on the Las Vegas Strip.

In 1988 Steve Wynn took his career to a whole new level when he founded Wynn Resorts with the opening of The Mirage. This casino was a huge success, and Wynn has since gone on to open other resorts under the Wynn name, most notably the extravagant Wynn Encore in 2008.

The Golden Nugget and Frontier

Wynn’s first casino was the Golden Nugget which he bought in 1970. This casino was originally a small bingo parlor, but Wynn turned it into a full-fledged casino, and it soon became one of the most popular in Las Vegas.

In 1977 Wynn also bought the Frontier hotel and casino, which at the time was in a rather run-down state. He, however, managed to turn it around and make it into one of the most successful casinos on the Las Vegas Strip.

The Mirage was Steve Wynn’s most ambitious project to date. This casino, which opened its doors in 1989, cost $630 million to build and instantly succeeded. The Mirage was also one of the first casinos to be built on the Las Vegas Strip and was one of the most popular casinos in Las Vegas for many years.

Apart from his involvement with the Golden Nugget and The Mirage, Steve Wynn has also been involved in a number of casino projects that were not originally part of Wynn Resorts. These include Wynn Macau (2006), where he worked together with Sheldon Adelson; Le Rave (2010) and Encore; which is the sister property to The Wynn and even features some of the same attractions its older brother.

However, the next project will be something very different still – Wynn Palace in Cotai, China. This resort is set to be opened by 2020 at an estimated

The City of Dreams and Steve Wynn’s Vision

It is clear from Steve Wynn’s history that he knows how to create successful casinos. So it is no surprise that his latest venture is a city built around gambling and entertainment. The project, called The City of Dreams, is to be 40 percent bigger than Wynn’s already huge Encore casino. As a matter of fact, Encore Casino is currently the biggest casino in Las Vegas. In addition, the City of Dreams will contain a hotel, a shopping center, and a convention area. Moreover, it will also have an arena that will likely host house music events and sports matches.

There have been several delays in building The City of Dream. This includes one caused by the global financial crisis. However, Wynn still expects it to open doors within the next two years. Despite this, many people still question whether or not such a city is really necessary. Therefore, only time will tell if Wynn’s latest project will turn out to be as successful as his previous ones.

Even though he is now most well-known as a casino tycoon. In fact. Steve Wynn has also been very active in the political sphere. He was one of the founders of the American Gaming Association. He has been a major donor to several different political campaigns, most notably Mitt Romney’s 2012 Presidential campaign. In addition to that, Wynn has also been a vocal supporter of the Republican party and its policies.

Read more on: CHER WANG – STORY OF AN INSPIRATIONAL ENTREPRENEUR