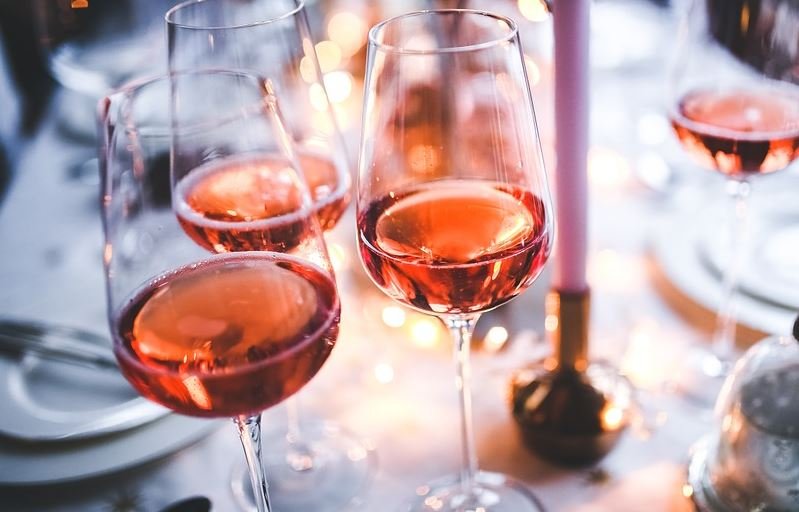 Wine is consumed by millions of people daily. In America, over the past decade, the use of rosé wine has grown by a significant percentage. The sales volume increased to 1433% in comparison with the last decade, the report by Forbes. Various factors have led to the growth and popularity of pink-colored wine. It’s like the norm of the day for the American people.

Bw166 is the top analyzer when it comes to statistics of food beverages. The report indicates that the sales volume in 2010 was 1490000 9-liters spent in a single year. According to the latest collected data in 2020, the graph was almost rising vertically. 2.3 million 9-liters were spent in a single year. The popularity of drinking the pink-colored wine was in California and France, and Washington. Furthermore, Oregon and Italy were among the countries that consumed the drink with less care.

A senior Director Global Corporate said we should know the difference between blush and rosé wine. Rose is a premium drink with the rose label at the top. Blush wines include all types of pink wines, some of which are too cheap, the report by abcnews.

The managing partner of bw166, Union Maromarco, also confirmed that blush wine is always cheap compared to original rosé wine. The bw166 spokesman said they only track rosé wine while collecting data. $7 is the most reasonable amount a person can spend while purchasing the original rosé wine. Besides, they only take data from bottles above 750 ml and not the tiny cans that young people consume.

Also Read: Facebook Will Ban the Selling of Alcohol and Tobacco Products between Users

Wine changes over time, just like other social media trends. In 1980, people were talking about Spritzers and coolers, which Merlot submerged in 1990s. But after a decade of losing the market, it took over in 2000s. In the United States, there are unique samples like red blend and Cabernet that rarely go out of trend. They have existed for more than two decades, but people still consume them like fresh fruits. Rosé wine in glass-Image from Pixabay by french1944

The famous author of Rose’s Understanding the Pink Wine Revolution’ has comprehensive knowledge on this topic. Elizabeth Gabay says there are many reasons why Rosé wine is getting so popular daily. One of the reasons being Instagram, a social media platform from Facebook. Instagram’s primary color is white, which means it is used for picture purposes. So, good images from red wine rose to attract many people who want to taste the drink. Color speaks louder than anything while advertising the product, the report from hospitalityinsights.

Famous artists and influencers have taken advantage of this to make a considerable income. Wine companies are using celebrities to advertise bright red wine, which in turn brings more clients. Gabay says when a new brand appears in the market, it popularizes all existing brands. An example is when hard seltzer became famous and most selling after the rise of the White Claw brand.

Many companies continue to open up in various countries. This means one company has to create high-quality wine to outdo the existing ones. Elizabeth Gabay confirms that there has been an increase in the quality of wine manufactured across the world. High-quality wine is clean, fresh, and wines with some fruits. Moderate acidity with a large amount of rustic rose makes the taste 100% pure. The production of roses is one of the most significant innovations in the food industry.

The United States imports a large percentage of wine as compared to other nations. In 2020, almost 936000 9-liters cases of rose wines were imported, the report by Gomberg-Frederickson. The number went up by nearly 600% because, in 2019, 6.5 million similar cases were imported. Yet, in 2020, the results were negative by almost 2.5 million due to high taxation at the border. The outbreak of Covid-19 caused these high tariffs. Despite all this, France is still the biggest producer of rosé wine.

In the last decade, many bottles got sold in wine shops and online compared to food stores. According to the report, rosé wine seems not to lose market in the United States. The statistics show high chances that the wine will increase in popularity in this new decade.