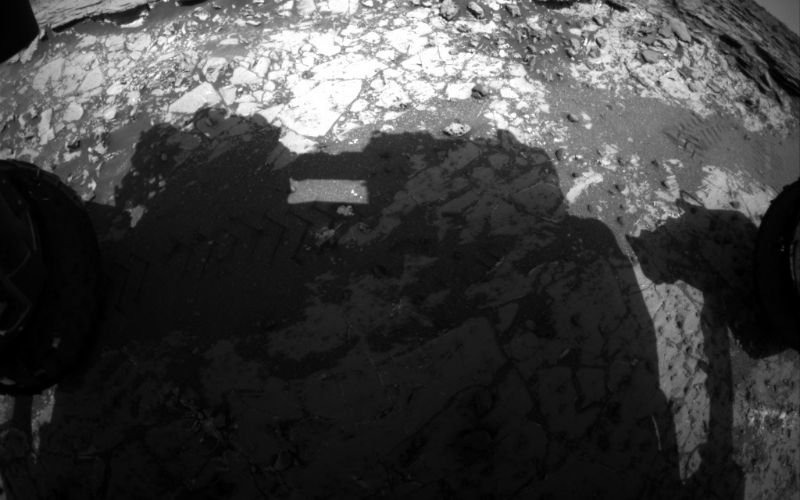 These days, space stations have been getting good responses and results from the probes and satellites that are being sent into space. With organisms being found on a meteor and heart shaped plateaus on Pluto, humanity is making great leaps and bounds towards discovery of space elements.

Another new development has been made by the Curiosity Rover that was sent by NASA and that hovers over Mars. NASA published a photo on their Jet Propulsion Lab website the photograph managed to grab the attention of the UFO sightings daily and the website shared magnified images of the woman-like shadowy figure that was spotted on the surface of the planet.

Enthusiasts have been glaring at the images and the video of the dark woman like structure and are speculating that it probably is a sign of alien life on the planet. However, the NASA officials have not commented on the situation and have not really said much about the photograph.

Only time will tell if it actually will turn out to be something viable or not.