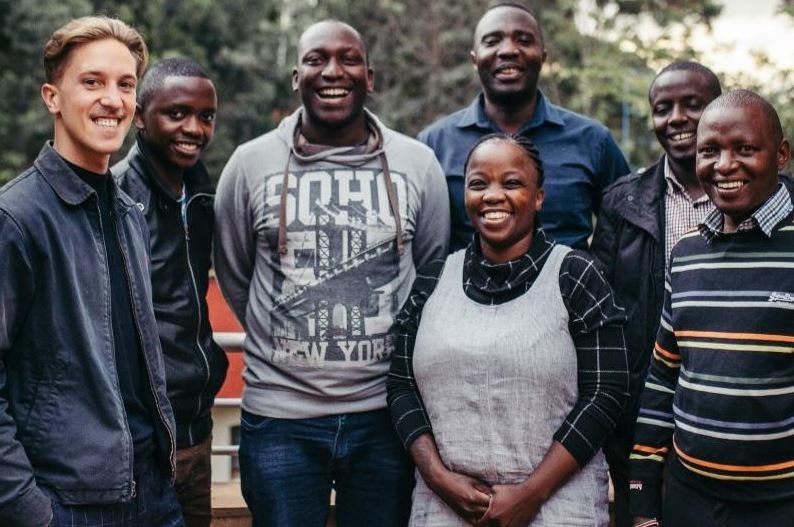 Kune is a food-tech startup with its headquarters in Nairobi. The company has operated for almost a year now. Recently, it collected almost $1 million in funds to improve its infrastructure. It is an on-demand food service delivery startup, a report by citizentv.

Innovation in food tech is still low in Africa. A variety of startups are trying to come up with different ideas to improve the industry. During the pandemic, the demand for such services went high. There were no hotels nor restaurants to deliver foodstuffs. So it was a perfect moment to deliver food to the doorstep.

While raising money, Launch Africa Ventures, pan-African venture capital, was the leading contributor.  Other popular investors who supported the company were Consonance and Century Oak Capital GmbH. They got their contribution from the Pariti ecosystem management.

Its CEO and co-founder, Robin Reecht, founded Kune in 2020. The startup aims to deliver fresh and ready-made foodstuffs at a cheap price. Reetch was born in France and moved to Kenya during the pandemic in November 2020. So he faced the challenge of getting ready-made meals to eat while living in Kenya.

The reason behind the Kune Startup

While talking with TechCrunch, he complained about the situation. “After three days of coming into Kenya, I asked where I can get great food at a cheap price, and everybody tell me it’s impossible. You either go to the street and you eat street food, which is cheap but with not-so-good quality. Also, you can order on Uber Eats, Glovo, or Jumia, where you get quality but you have to pay at least $10.”

It was an opportunity and a gap in the market. So it only took one month before he decided to launch Kune. Its main goal was to avail to every one of cheap, affordable, and tasty meals all the time.

He acquired a central office with several chefs. Within the first week of launch, he had 50 ready customers who worked in offices.  The startup, through referrals, increased the number of customers to 150 within the second week. Each client takes a meal at an average of $400.

Through investments, the company secured $50,000 to support its infrastructure. After a month, the demand for food bypassed the supply. At this moment, he experienced much pressure. “We had started to mess up the order because, you know, it’s complicated to get food right when you’re just in a small kitchen setting. So I said okay, that there is no point doing that, and the demand is so high and it’s better to do things right.” Reetch continued.

They spend almost one month expanding the company. He hired new chefs and suppliers simultaneously, building a bigger factory that could make almost 5000 meals in a single day. Customers and investors were willing to help the company grow. It’s one of the non-fintech in Africa that has ever raised a seven-figure amount in a pre-seed moment.

Kune is just solving the problem of a crowded restaurant in Kenya, specifically in major cities like Nairobi. Instead, busy people can acquire cooked meals at a Kibanda price. Kibanda is a roadside food shop in East Africa that offers cheap food for any citizen.

The food startup combines both dark kitchen concepts and cloud tech. The meals are prepared in the factory, then displayed on their platform. For any order, it takes less than an hour for people in the CBD area.

A word from other CEOs

The CEO of Launch Africa congratulated Reetch’s idea. Baljinder Sharma said, “leveraging the cloud kitchen model and owning the entire supply chain provides a massive growth and scaling opportunity for Kune Africa. We are looking forward to seeing the business take off and grow.”

Kune is working towards having its completely owned supply chain. They have bought new motorbikes and can package the food by themselves. The CEO said they want to internalize human resource capacity and production. They aim to improve the team depending on the number of orders they receive. The company has a team of over 100 people. Reetch also promised to acquire an electric motorcycle in early 2022. Under gender balance, the company will hire 100 female drivers to avoid such issues.

The startup prepares one foreign meal with two continental dishes. They are focusing on shifting to microwavable meals to target US and European customers. For the few months he has been in Kenya, the CEO wants to export the food culture to western countries. He wants his company to have a TV channel where they showcase the preparation of different meals.

His response to Kenyan shows was, “In Kenya, we don’t have any culinary shows.” We are going to take that position as a culinary major of Kenya, and how do you create this? By creating amazing content, which we plan to do by creating videos and writing articles on how to cook or maybe just the food business in general.”.