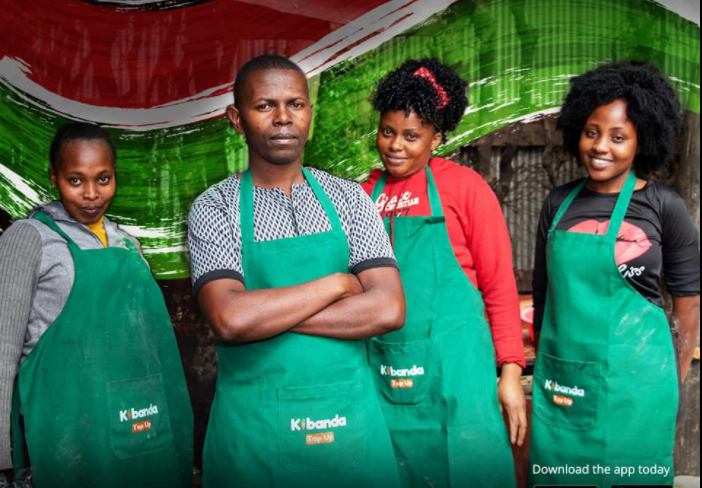 Kenya is one of the most growing third-world countries in the world. Young investors are setting up many tech startups. For example, Kibanda TopUp is a startup aiming to digitize the supply of food chains for medium, small and micro restaurants. Recently, it had almost $460K as capital to increase its infrastructure, a report by disrup-Africa.

Emile Blauwhoff and Njavwa Mutambo are the co-founders of Kibanda TopUp. They launched a food delivery startup in early February. This was immediately the Covid-19 rules were loosened.

Restaurants can feel satisfied as they concentrate on serving customers. Kibanda can deliver fresh goods through electric tricycles around the capital city, Nairobi. It saves the restaurants some transportation costs at the same time.

After seeing its potential, local investors like Agboola and Rockson made their way into the startup. JAM Fund, a US-based firm, FlutterWaves CEO, Alarko Ventures Managing Partner, CEO Garih, and others made the funds successful. Foreigners know investing in a startup during its early-stage forms a strong bond with the company.

Customers around Nairobi order inventory goods like beverages, beef, or grains through a mobile app. If one does not possess a smartphone, the company also allows the use of SMS messaging. They will deliver the products on the next day.

The success of Kibanda TopUp

For the past 8 months in the field, Kibanda TopUp has served over 200 restaurants. This is a big number, provided the platform is limited to offering their services within a small city. Over time, they are planning to expand the business to the rest of the nation. In addition, the CEO has promised to hire more technology professionals in engineering to build a strong team to work on the application. Also, more supply management teams will be employed to focus on getting more clients.

Mutambo worked with the Tony Elumeu Foundation before quitting to focus on Kibanda TopUp. He promised that within the coming two months, they would launch the platform in Lagos. They focus on areas with a large population and many restaurants, such as capital cities.

The co-founder had this to say in an interview. “We are increasing restaurants’ contributions to Africa’s GDP by helping reduce cost with the supply chain. We are doubling down on our efforts in Kenya and our next location is Lagos. The reason is that we have to be where the majority of restaurants are. Nigeria has many of these informal restaurants.”

In some areas, there are poor roads, which becomes a major problem. During the morning and evening periods, the traffic jam can delay the delivery process for almost 2 hours. So the company made up its mind on the best way to address such an issue. They then decide to use electric tricycles, which save around 25% of the revenue, a report by CrunchBase.

Although there are many plans to launch the platform in different countries, the scalability problem will arise. What if the electric tricycle can’t work in these countries? What about the countries regulation on food supply?. It’s unclear whether clients will trust them within a short period. But through their work in Kenya, other co-operations have seen the potential of collaborating with Kibanda TopUp.

A word from co-founders

Mr. Mutamb worked as the CEO of Musanga Logistics, so he helped in matters concerning that area. Musanga Logistics is a company offering Software as a Service in Zambia. It connects shippers and carriers. He also worked with Lori Systems, the Global Lead in product Operations in Kenya.

Blauwhooff is a skilled entrepreneur with digital strategies at his fingertips. The founders have many visions, and they believe in each step they take.

The pharma’s CEO, Gregory Rockson, also praised the founders for their innovative idea. He said, “Local informal restaurants are the heart of social commerce in African neighborhoods. Kibanda TopUp has a great opportunity to drive a transformation of these businesses into a formal restaurant cooperative to maximize the economic potential. I am excited about the team behind this journey as they have the right experience and intent to build a huge business.”