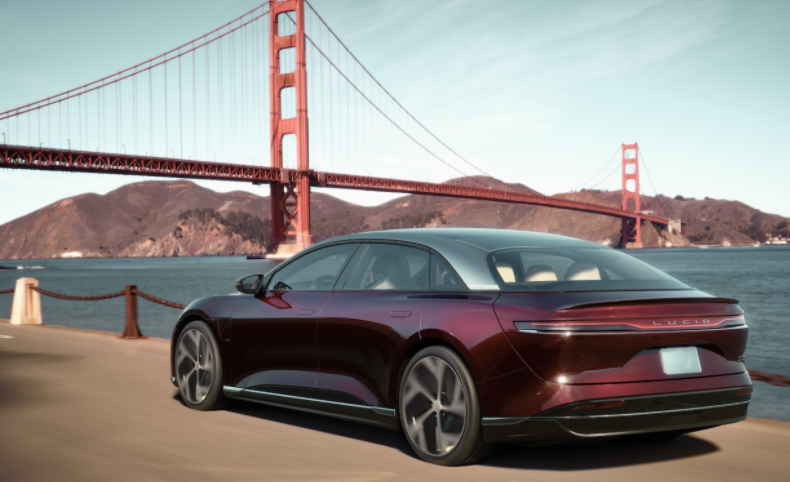 Earlier last week, Lucid, an electric vehicle startup, confirmed that their first car was complete. By the end of next month, they will be delivering some samples to customers across the world.

Using the SPAC deal, Lucid is the first EV startup that has successfully produced sealable cars. There consumers who had made orders are much happier than before. The spokesman, Nasdaq, said their development speed was good. Most economic experts have predicted Lucid to be the best competitor of Tesla.

Everyone is aiming to be competitive in the market. As a result, companies are working to control the emission of greenhouse gasses in the air. It’s the benefit of shifting to reusable sources of energy, a report by CNBC.

The CEO, Peter Rawlinson, said he was delighted with the kind of cars the factory is producing. He has promised the customers that they will receive an efficient vehicle within the coming month.

The EV startup announced that their first model as a flagship sedan worth $169000. Air Dream Edition is the name given to the car. The vehicle can travel over 520 miles before the next recharge.

The prices of all versions will range depending on the Lucid Air sedan the customer wants. But the cheapest car starts from $77,400 without any tax. The company confirmed the availability of 130000 reservations across the world. They will need to collaborate with other companies in different countries to set up new stations for refilling the vehicle.

In 2022, the company opened up to investors that it would produce over 20,000 Air sedans. Those vehicles have the capability of earning a revenue of more than $3.2 billion. Rawlinson had this to say, “Our emphasis is upon quality, delivering an awesome car, a car that our customers will love, and delivering a luxury customer experience.” But other companies think Lucid is just rushing into the market to catch the eye of new clients. He promised that the following year they would have an S curve in production.

Lucid is making their Air in Arizona in a factory called Casa Grande. It’s the first-ever greenfield EV plant in the United States which is expected to become a multi-billion factory. Before 2023, the plant had to produce an SUV called Gravity.

The company almost died because of a lack of funds in 2018. However, they received an investor from the Saudi Arabia fund.