Top Female Entrepreneur to Keep Your Eyes On in 2021 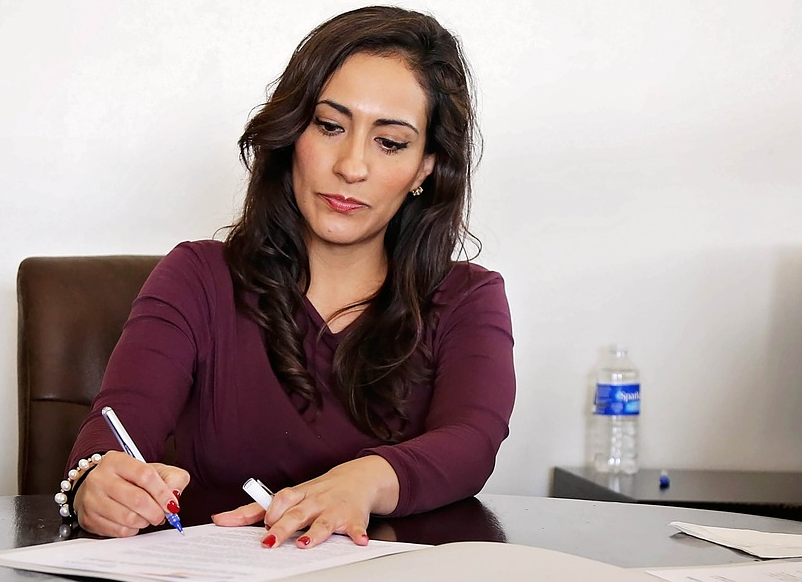 female entrepreneur in office- Image from pixabay by ernestoeslava

The wealthiest entrepreneurs are men, but that doesn’t mean ladies have nothing to show off. We have many ladies among the top 100 entrepreneurs across the world. They have the brains to turn opportunities into an income-generating business. You need a lot of perseverance and hard work to be a top female entrepreneur in the world.

Women have the power to change the world like men are believed to. However, entrepreneurship requires brilliant minds with genius ideas to achieve the goal. Here is a list of femprenueurs who are courageous enough to talk about their story.

She is a pilot and an air force officer in the United States. Riley likes working in research during her leisure time, and her main focus is on chronic disease. She then turned that idea into building a health unit web software system to support such patients. Specialists in various medical fields also use the site for advertising their content and what they can do. Sofia has brought a change to more than 1 million patients. Her platform offers a place where patients can book an appointment with a specialist from all parts of the world. Also, clients find various specialists dealing with the conditions they are suffering from.

Tori is the CEO and co-founder of WorkClub. The platform connects United Kingdom workers with a variety of venues to work around that country. In addition, there is a support community that offers help to many employees when they bump into a problem. The lady has a passion for sculpts, yoga, and coffee. Her child was born only one month after the UK lockdown. Thus, most of her product and service comes along with a baby holding milk.

She is the co-founder and CEO of Psi Bands. It is an FDA-cleared medical device that relieves nausea during chemotherapy. Most US media have rewarded her organization for the mighty work the company is doing.

Furthermore, the device relieves nausea during morning sickness, anesthesia, and travel sickness. Walk-in, any HEB, Sprout, Amazon, or Target and get one device at a cheap fee. She turned the opportunity into business after she underwent nausea for almost a year while pregnant. Psi Bands has been on the market for nearly 14 years. The company has sold a total of over 1 million sets.

Not long ago, Kaye decided to create a platform for freelancers to write and read their favorite stories. It was launched in January 2020, and by now, it’s ranked among the best podcasts in the world. She invested a lot after launching the platform. Christina booked many clients to write stories while advertising their talents. Currently, many website owners get their authors through the Christina site.

It’s ironic to hear that the business got its best time after the outbreak of Covid-19. The doughnut shop in Manhattan could supplier its products across many parts of the country due to lockdown. Leslie is the co-founder of the Doughnut Project, and he has three other top officials who run the business. She chairs the human resources department, marketing strategy, and social media. Leslie has promised that she will be the best female entrepreneur in the world over the coming five years.

Klei is a sustainable self-care brand with various boutiques across the United States. She launched the Klei industry while working in the fashion industry. She quit her long-term job after taking some steps. Likewise, she wanted to concentrate and put more time into her business. She built her brand through many difficulties, perseverance and consistency. Currently, she makes a lump sum of dollars through her industry. Valerie offers 10% of the business profit to Brooklyn non-profit organizations. She is among the top female entrepreneur who brings change to her society.

Some single moms pass through a lot to provide for their families. Dahlia was one of them who raise her family while making significant steps in the field of entrepreneurship.  Rizki noticed teachers were struggling for children to wear traditional coats while in the cars. She thought of the best way to make her children remain safe. She came up with the idea of a coat that could stay safely in the car seat as children leave in the school van.

Buckle Me Baby Coast has proved to be the best solution for most schools and parents. During winter, the company makes huge profits. Her business has received attention from the Parents website and the Good Morning America show. At one point, she won the FedEx Small Business Grant, which is always coveted in the US.

Alicia Hough is a corporate wellness expert. She had hobbies of making pastries with her family during the pandemic. While streaming her video online about the pastry she had made, her boss allowed her to bring samples to their offices. She sold the whole of baked products to the workmates who demanded more. That was when the business took another angle. Currently, she still works in the company, but she provides pastry service to large parties in her country. She is making a lump sum of income through multiple orders after the pandemic season has ended. She always thanks her boss for making her the senior officer in the pastry house of their organization.

Jennelle is a New York City Balet dancer who has battled with allergies and injuries. Most energy-giving snacks are sugary, and some end up having side effects. She used to judge those foodstuffs until she started making something that could please herself. Her snacks brought much conversation to New York City, and many people were up to it. She got influence after attending several food-entrepreneurs events. She started cooking the bars in large amounts and supplied them to various shops in Manhattan. Manzi mainly used the money she had invested in her business. Over time, most New York restaurants started booking her services. She was overwhelmed to open a company known as getting Golden.

She is the CEO of LVLUP Legal. It is a legal firm that offers excellent service to those underrepresented entrepreneurs and startups in the court. She provides a cheap and affordable service. This ensures there is fair justice and fairness in judgment. Her business runs online as she tries to modernize the legal perspective. Over 85 clients have joined her firm for help since she launched it. Marketing companies, health units, and even small businesses have reached out for help from his organization. In LLSHE Berlin Cameroon, she got a chance to be a judge in high competitions. She is among the first ladies to be invited to Forbes meetings for under 30 entrepreneurs. Such achievements make her a top female entrepreneur in the world.

She argued entrepreneurship with homeschooling, and she felt very flexible doing that. She is currently a life coach for homeschooling entrepreneurs across the world. Furthermore, she has helped millions of ladies take care of their business online while homeschooling. Homeschooling allows the student to take the path that they want.

Just like Mark Zuckerberg, Ekina is a self-made young female entrepreneur as well as a singer. Her stepmother was very sick of ailments. She was mixing drugs to cure her. Over a period, she finds the best solution for that. She built around the formula she used and turned out positive. She opened a brand, and due to her popularity, she got many clients. Currently, the product is used by many Hollywood celebrities across the world.

Kellie is an entrepreneur who has received golden-level American Business Awards in the women category. She started Studio 11 along with Stacy Elliston in 2011. She has been involved in a various global project that has earned her a reasonable amount.  The lady is behind the templates like Thompson Hotel, Caeser Entertainment, and many popular organizations. He has been in the designing industry for almost two years. She has vast experience, and that has brought her much recognition. These characteristics have made Kellie among the top female entrepreneurs to watch.

She was a minor student, seven years old when she invented candy to clean teeth after a trip. She started the business, and after a short while, it was the ‘Fastest Growing Candy in America. In 2020, the growth rate was 865%.

Just like men, women have the power and ability to change the world. Many females are getting support from big companies to achieve their dreams. However, AN idea is never enough without implementing its practicality. 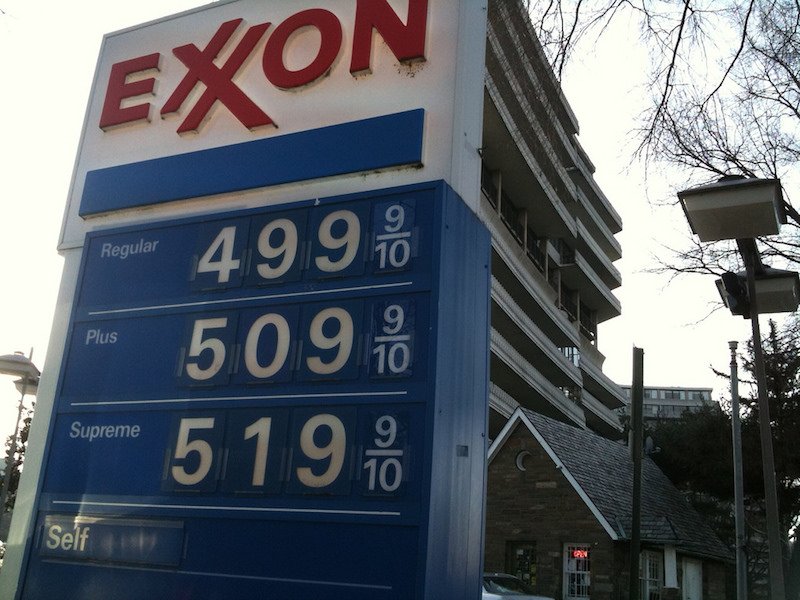 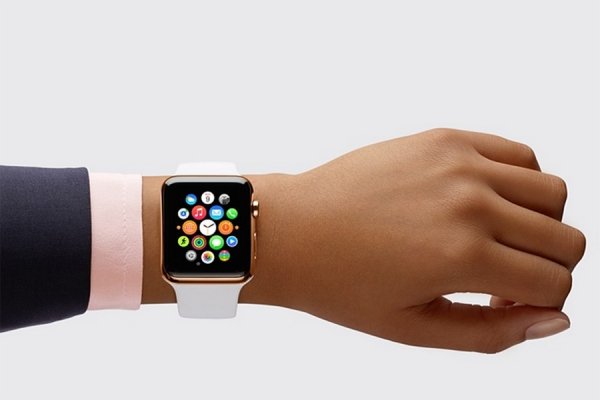