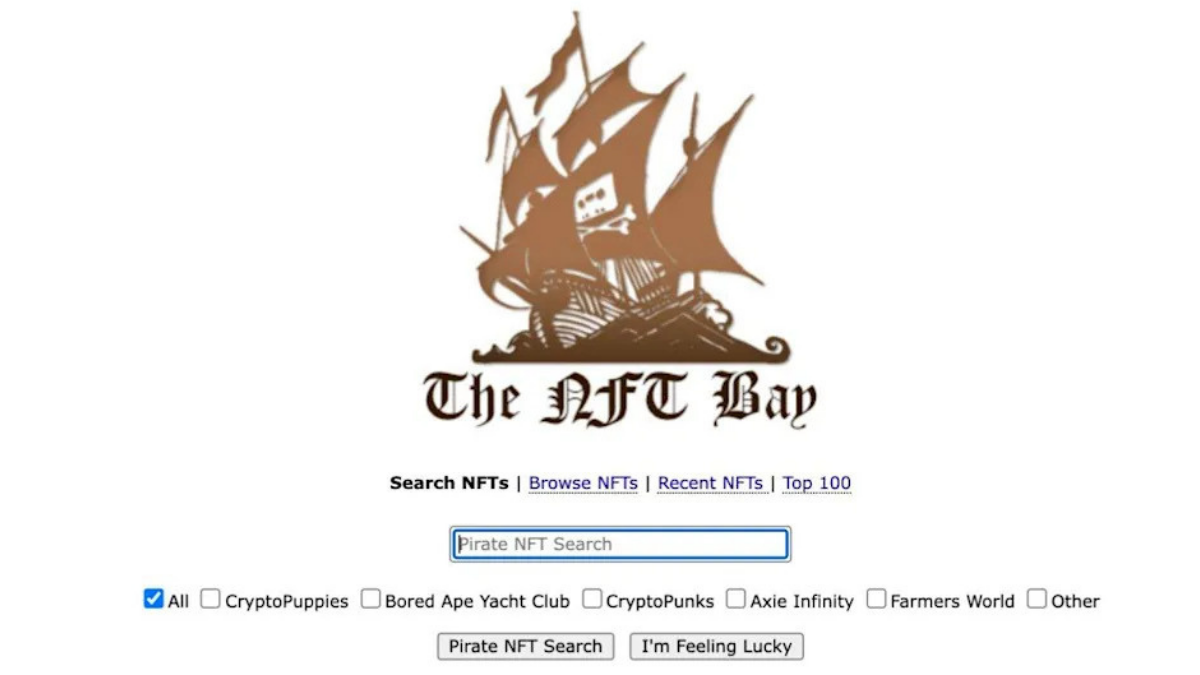 An Australian software developer says he has made thousands of non-fungible token images freely available, calling it an art project that aims to show the absurdity of property-rights concepts in digital assets. Geoff Huntley, the project’s creator, claims to have collected all the images associated with NFTs minted on the Ethereum and Solana blockchains and made them accessible via an accompanying website called NFT Bay, modeled on the infamous Pirate Bay peer-to-peer search service.

The effort is compiled into a 17-terabyte “billion-dollar torrent,” Huntley said, because of the vast sums of money people have spent to acquire ownership of the pictures within it — images that anyone can copy perfectly and effortlessly from the web. Huntley points to the fact that images associated with NFT property rights are typically not themselves hosted on the blockchain, and the NFT asset is merely instructions on where to download an image.

NFT enthusiasts argue that the unique blockchain identifier tied with an image — such as those from popular series like Bored Ape Yacht Club, Lazy Lions, or CryptoPunks — makes each one of them scarce and valuable. Critics have countered that digital assets are perfectly reproducible and therefore easy to pirate, as Huntley has done, and they’ve taken up the symbol of right-clicking on a mouse to signify their disapproval.

The right-click leads to a menu that allows users to simply save a copy of any NFT image and was the inspiration for another piece of NFT-skeptical artwork a week ago, where a person took 10,000 Lazy Lions images and turned them into a representation of a hand right-clicking a mouse.

Huntley’s unveiling refreshed the controversy over the real value of NFTs, with some advocates suggesting that even his negative slant on them was positive for the novel asset category by giving it more exposure.

Huntley says the real long-term value of NFTs is in authentication, much like Twitter Inc.’s blue verification checkmark. But, he adds, all of it “could be achieved without blockchain.”

In this article:blockchain, crypto, cryptocurrency, NFT