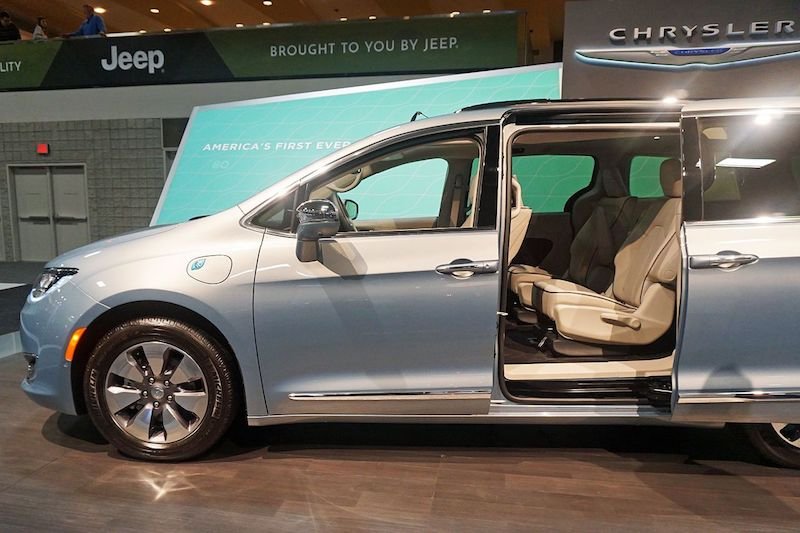 Israeli collision-avoidance software developer Mobileye was originally an independent member of the alliance, but in March, Intel acquired Mobileye.

The group has released a statement indicating intentions to build a self-driving framework “that can be used by multiple automakers around the world, while at the same time maintaining each automaker’s unique brand identities.”

The coalition aims to have a fleet of 40 test vehicles on the road by the end of the year. BMW said in March that it plans to field a Level 5 autonomous vehicle by 2021.

“In order to advance autonomous driving technology, it is vital to form partnerships among automakers, technology providers and suppliers,” Fiat Chrysler CEO Sergio Marchionne said in a statement. “Joining this cooperation will enable FCA to directly benefit from the synergies and economies of scale that are possible when companies come together with a common vision and objective.”

In May, Fiat Chrysler partnered with Google’s parent company, Alphabet, whose self-driving subsidiary is branded Waymo. In total, the automaker has given Waymo 600 Chrysler Pacifica minivans.

Marchionne has indicated that the Alphabet-Chrysler alliance is by no means exclusive.

“We need to be ready to collaborate with as many people as we can find,” he said in the company’s quarter two earnings report.

USA Today points out that cooperation is key to defraying the prohibitive costs of an autonomous vehicle, particularly for a company like Chrysler, which may be unable to allocate a huge budget toward autonomous vehicle development.

At this stage, investments in autonomous vehicle development are not yielding fruits on the bottom line because the gap between the capabilities of the technology and the trust levels of consumers is too wide to justify selling self-driving cars on the open market.

Marchionne has voiced concerns about the liability associated with the safety questions around self-driving cars. He also worries about the lack of regulation in place to assign responsibility for that liability.

For instance, if a Fiat Chrysler vehicle featuring, say, technology developed by Waymo and cameras built by Nvidia malfunctions, there are no regulations governing which of those companies would be held legally responsible.

“That’s a big issue going forward, because when you’ve got tier-one suppliers that will start providing autonomous driving equipment — both software and hardware — into these vehicles, the question about who owns liability associated with the running of those operations is a big issue yet untouched,” Marchionne said in January, per Aaron Marsh of FleetOwner.

Still, cooperation seems to be the strategy across the industry with respect to the push toward autonomous vehicles, although Ford and General Motors each has its own in-house self-driving development operation.

Auto manufacturers are increasingly partnering with tech companies and component-producers. Such automotive giants as Audi, Tesla, and Toyota have partnered with Nvidia Corp., whose Drive PX platform is among the most advanced systems of autonomous driving technology in the industry.

In April, Damlier AG, of which Mercedes-Benz is a subsidiary, formed an alliance with components producer Robert Bosch GmbH. Together, the companies are working toward developing a fleet of autonomous taxis that customers can hail. If the plan takes shape, the automotive alliance will compete with ride-hailing companies like Uber and Lyft.

Google’s Waymo has unveiled a similar system in Phoenix. Using an app proprietary to Waymo, customers can hail one of the 600 Chrysler vans mentioned above

Damlier and Bosch have also developed an autonomous valet system that can navigate a multi-story parking garage, find a spot, and park with no human input.